“Our ability to reach unity in diversity will be the beauty and the test of our civilisation.”– Mahatma Ghandi

Social justice attends to inequities and equality; barriers and access; poverty and privilege, individual rights and the collective good; the creation of social structures and procedures that affect the way individuals and communities live (Charmaz, 2011).

The International Charter of Physical Education, Physical Activity and Sport (UNESCO, 2015); Article 30 of the UN Convention on the Rights of Persons with Disabilities (2006) and the Council of Europe Action Plan to Promote the Rights and Full Participation of People with Disabilities In Europe 2006-2015 (Recommendation, 2006) advocate for enabling persons with disabilities to participate on an equal basis with others in recreational, leisure and sporting activities.

Hence the participation of persons with disabilities should be promoted in mainstream sporting activities at all levels (UN General Assembly, 2007 & Recommendation Rec 2006).

In the UN Conference of Sustainable Development “The Future We Want” (UN, 2012) it was recognised that people are at the centre of sustainable development. Consequently, it is essential that all people have autonomy in their lives and their future, that they participate in decision making and raise their voice with concerns. 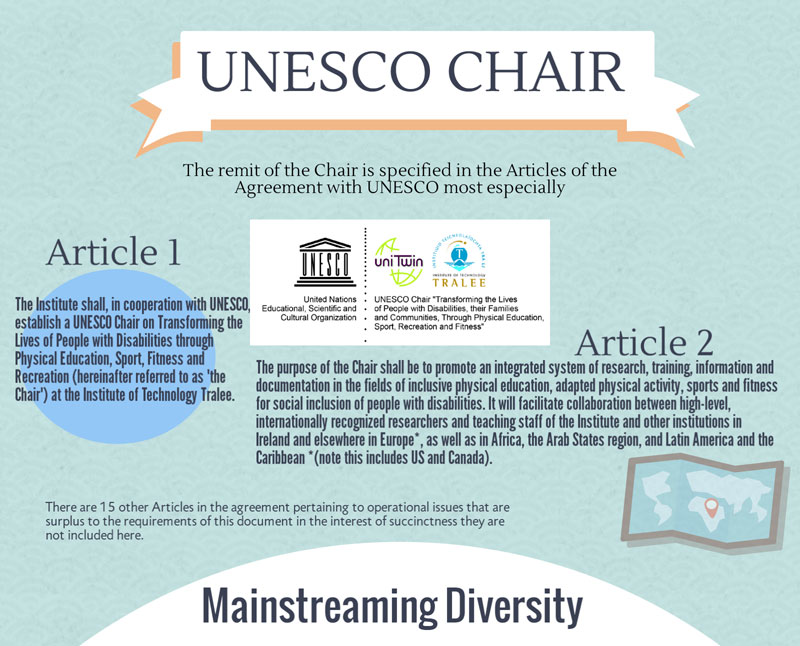 Transforming the lives of people with disabilities, their families and communities through physical Education, Sport, Recreation and Fitness.